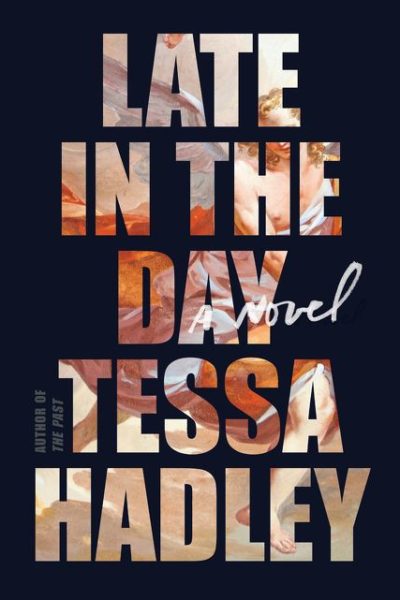 Late in the Day

Tessa Hadley’s latest novel, set in London, centers around a quartet of friends that, in the opening pages, becomes a devastated threesome. Zachary—a wealthy, gregarious gallery owner—dies unexpectedly, leaving behind Lydia, his wife; Lydia’s best friend, Christine, a painter; Christine’s husband, Alex, a close friend of Zachary’s; and the adult children of both couples. Beautiful, grief-stricken, and familiar, Lydia moves into Christine and Alex’s home, with unsurprising consequences. Hadley seems uninterested in surprise; this is a meditation on ways to embrace the inevitable. Upon learning that her husband has slept with Lydia, Christine’s response—spoken only to herself—is “I knew, I knew.”

Hadley’s hints at the forthcoming trouble are not meant to be subtle. Lydia’s “sultry beauty” is noted relentlessly. She is “often mistaken for someone famous [ … ] she devoted serious attention to her make-up and clothes to achieve this arty, sexy, theatrical look.” Hadley, too, devotes attention to Lydia, to the fabric of her clothes and the color of her nails. When Lydia enters the room, she dominates the page with her physicality. For his part, Alex demonstrates an impatience toward Lydia that reads transparently as a way of bracing against his own desire for her. “This was another old pattern between them, his criticism of Lydia’s selfishness, Christine’s defence of her friend,” Hadley writes. After Zachary’s death, Lydia literally climbs into bed between the married couple, seeking comfort.

Alex and Lydia’s long-awaited union is not meant to function as a surprise. To underscore its inevitability further, Hadley provides extensive backstory about how Christine and Lydia met Alex when they were university students and he was teaching French. Lydia plots to babysit for Alex in order to seduce him. “He’s a genius, of course,” Lydia tells Christine. References to Alex’s intellectual rigor appear nearly as often as those regarding Lydia’s beauty, though in Alex’s case, a woman is usually speaking of him reverentially. “My father’s very brilliant. He’s special,” his daughter Isobel says on a date. The comment, offered casually by an adult woman, sounds almost risible, like something she was taught to recite.

The children—Christine and Alex’s daughter, Isobel; Sandy, Alex’s son from his first marriage, and Zachary and Lydia’s daughter, Grace—play perfunctory roles. The daughters exist, it seems, to reflect or deflect their mothers. Isobel is composed and prim, like Christine; Grace has the wild entitlement Lydia wields because of her beauty. Grace longs for Sandy, an unnecessary echo of their parents. Christine, while proud and adoring of her daughter, regards the enterprise of motherhood with a kind of detached coolness: “Anyone could make a baby. Only a few could make a painting.” Indeed, the struggle that seems most troubling to Christine is not the end of her marriage with Alex, but the fact that, in its wake, she locks herself out of her painting studio and refuses to enter for some time, finding herself unable to work.

Christine’s artistic life is what she tends to hungrily, and with relief, after the marriage ends. One senses that she has been waiting for permission to devote herself fully to it. In a flashback to one of Grace’s birthday parties in her grandparents’ tawdry pub, Lydia remarks unhappily that “Time’s [ … ] like a ghastly syrup and we’re all preserved in it.” When Alex leaves Christine, he cracks the crust of that syrup, that obligation his wife partially resents. “Isn’t it impossible, though, anyway, to love someone all the time? That’s why marriage is a contract,” Christine tells Lydia. This exchange takes place in Italy, during one of several lengthy flashbacks Hadley uses to build a mounting sense of inevitability. Venice, Hadley writes, wears “its beauty tied around its neck like a doom.” During this trip, Christine and Zachary, long-ago lovers, sleep together furtively while their spouses are out for the day. The story doesn’t need this symmetry, though it does give Christine another reason to accept Alex’s transgressions.

As always, Hadley excels at capturing the splendor of the tactile world. No detail is overlooked: in Italy, Lydia announces “she’d had enough of beauty” while “squeezing lemon on her veal.” When Lydia reads on a sofa, the sofa is “spindly” and “upholstered in pink and gold stripes.” There are sage leaves on the veal. In the morning on the balcony, there is “crisp light, perfumed jasmine, mildly odorous breath of the water sloping across stone steps.” The pleasures of observation and creation outweigh their competitors in this work, at least for Christine, who closes the novel having finally unlocked her studio, a small triumph. Hadley, too, has triumphed, focusing so closely on a woman who already knows what’s going to happen to her—and carries on anyway.