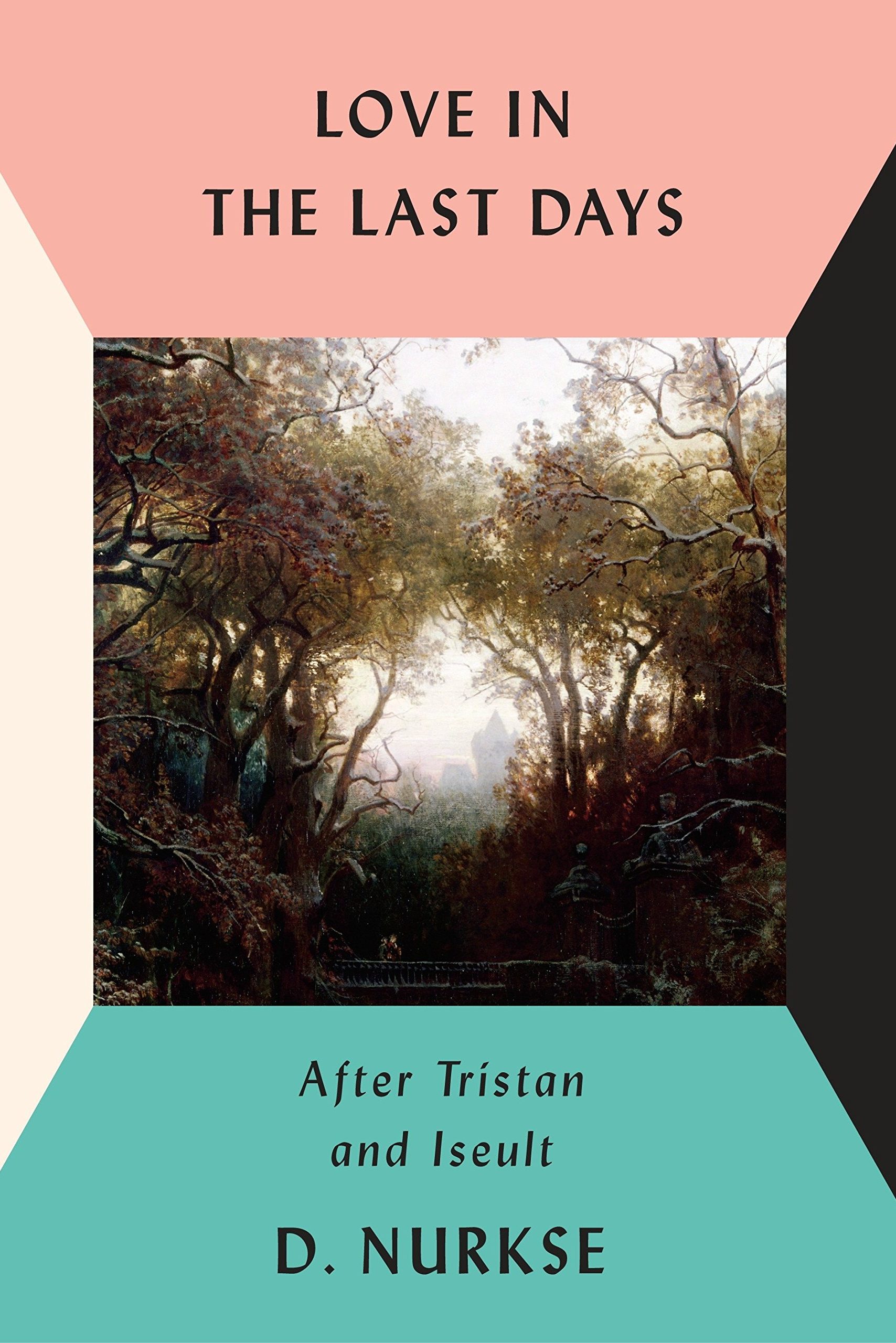 Love in the Last Days

Dennis Nurkse has taken on the ambitious task of telling yet another version of the twelfth-century legend of Tristan and Iseult in his new book Love in the Last Days. As a modern-day jongleur, Nurkse not only reprises the tragic  story of the ill-fated lovers, but carries on the tradition of inverting the tale’s ending and focusing as much on the violence of the hierarchical world of twelfth-century Ireland and England as the couple’s romantic vicissitudes. Using language that is beguiling for its diachronic scope, its spare style, and its exotic archaic terms, Nurkse captures a timeless quality that encompasses both the past and the present. By exploiting the agon of illicit love as an “eternal” subject on a mediaeval stage, he succeeds in translating the urgency of “the last days” to the present.

While past versions of the tale have focused on the heroic feats of Tristan in his various chivalrous deeds, comedic ruses, bold rescues, and ultimate tragic demise, Nurkse’s version focuses almost exclusively on the hardships of Tristan and Iseult’s cohabitation in the wilderness. The central question unique to Nurkse’s version is: can Tristan and Iseult survive outside the comforts and conventions of Logres—King Mark’s fiefdom—in the Wood of Morois? This question is as metaphorical as it is specific to the two lovers’ time and circumstance. As an archetypal couple in the throes of courtly love, they entertain surviving in the wilderness of Morois where their only company is monsters, both real and imagined. Nurkse captures the lovers’ harsh exile eloquently if morosely in the voice of Tristan:

When I thought I’d cleansed those woods of monsters
I met the cantoplas, so ravenous
it gnaws its own shins. That creature terrified me.
I notched my arrow trembling.
I told the Queen I had seen the Grail,
a gold chalice that moves of its own will
in a straight line, like a winter firefly.
I was allowed to touch it. It burned me
with a cold fire because I was pure,
then disappeared among the pines.

But she sighed and turned to the wall.

A first snowflake glistened in her unbound hair.

When I awoke, she had returned to Logres.

Tristan’s futile attempt to provide for Iseult in Morois fails miserably. The couple’s illicit romance not only presages their tragic fate but Iseult’s ultimate act of slaying her beloved as well. Like the inherent curse that twelfth-century troubadours attributed to courtly love, Nurkse also “sings” of love’s curse, thus blurring the line between Thanatos and Eros almost completely. Iseult kills Tristan outright in Love in the Last Days by allowing her crew to raise the red sail “whose import will kill him,” refusing to “command them not to/ and cannot say why not.” It’s not that she doesn’t know why she’s refused to “command them not to” raise the sail, but that she simply “cannot say” for reasons Nurkse leaves unspoken. Yes, she’s jealous of the other Iseult of the White Hands whom Tristan has married and with whom he did not, according to legend, consummate his marriage. But was that the actual reason? It is Iseult of the White Hands who lies to Tristan about the color of the sail in the traditional versions. Nurkse’s decision to invert the traditional ending betrays an unspeakable truth about romantic love: that it is just as potentially murderous as it is amorous.

Love in the Last Days is a profoundly refreshing reworking of a legend; Nurkse’s new take on the original ending reveals why classics need to be not only reread but rethought. Nurkse, who has also written several strong books of poetry on contemporary themes and subjects, has delved brilliantly into a legendary twelfth-century love story and shown convincingly that it needed at least one more retelling. With deference to the original texts of Tristan and Iseult by Gottfried von Strassburg, Thomas of Britain, and the scholarship of Joseph Bédier, Nurkse acknowledges writing what he calls “his own version,” a task that took him thirty years to complete. Yet, as the jongleur of his own retelling of the story, Nurkse bears witness in the coda of his “version” to the fate of “the singer” who suffers torture at the behest of King Mark for his discomfiting “song”—a fact that prompts Nurkse to make this final observation about his singer’s torturers, who are also his audience and therefore the ironic future jongleurs of his tale. His coda resonates, as all strong poetry should, as both ancient and brilliantly new.

Under the thumbscrew
my responses were random, perhaps just grunts—
maybe they trusted them
because they were given by suffering, not a person,
as if a broken jug could talk, or a useless inch of string—
they nodded to themselves.