Skip to content
The Man Who Wrote the Perfect Novel 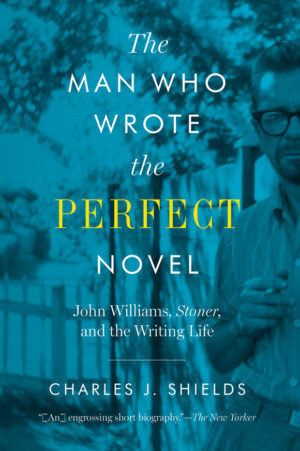 The Man Who Wrote the Perfect Novel

The title of this biography of the mid-twentieth-century American writer John Williams is a reference to Williams’s third novel, Stoner. First published in 1965, Stoner was “lightly reviewed,” selling only about 2000 copies in its first year of publication. Williams nevertheless considered it his masterpiece, and his editor at Viking, Cork Smith, agreed. After Stoner’s disappointing sales, Smith wrote to its author, “This in no way diminishes our feelings about the novel. You were right and we were right.” In a rare rave review from the time of publication, the influential critic Irving Howe similarly recognized the work’s merits, describing it in the New Republic as “serious, beautiful and affecting.”

Despite Howe’s praise, Stoner was soon forgotten, and decades passed before it reemerged onto the literary scene. In 2006, the New York Review of Books rereleased it under their Classics imprint. A 2007 New York Times article followed, in which Morris Dickstein called the book “the perfect novel.” This led to translations into French and Dutch, widespread European publications, and the “Stonermania” detailed in Shields’s epilogue. Reviews by high-profile authors like Bret Easton Ellis and Julian Barnes eventually helped the book to take off in the United States after its initial European popularity.

Stoner tracks the life, career, and death of William Stoner, a man from a hardscrabble Missouri farm who becomes an English professor. Well-meaning and unassuming, Stoner is emotionally stunted to the point of ruin. Both he and his friends and family move awkwardly through their lives, bumping into one another like strangers trapped in a ghastly stage play. When they do anything outside of the ordinary or conventional—such as when Stoner’s beloved but estranged daughter comes to tell him she is pregnant out of wedlock—it comes as a surprise to the reader, because their inner lives and motivations are so absent from the page. Despite the novel’s bare-bones characterization, its devotion to its title character makes it a success. Stoner’s capacity for love, of teaching, his family, and later, a woman he has an impassioned extramarital affair with, are beautifully rendered; when he dies at the end, his own book in his hand, I wept.

Charles J. Shields’s sketchy portrayal of John Williams in The Man Who Wrote the Perfect Novel reads like Williams’s own portrayal of Stoner, absent the integrity that makes the fictional hero so appealing. Stoner loves his wife Edith deeply, despite her coldness, and tries hard to make their marriage work. Williams, by contrast, marries so many times I lost count. Shields gives the reader little sense of who his wives were or why Williams married them. Instead, he spends a baffling number of pages describing Willard “Butch” Marsh, Williams’s sister’s first husband, a writer I wager most people have never heard of, and whom Williams detested. Perhaps Shields wanted Marsh to mirror Lomax, William Stoner’s sinister department rival: in Stoner, Lomax’s empty charisma is the opposite of the protagonist’s insistent morality. But there is no such productive contrast to be found between Williams and Marsh: both were hard-drinking career writers who experienced tumultuous domestic lives and occasional writing success.

Williams, like his most famous character, was a professor of English and creative writing, and The Man Who Wrote the Perfect Novel aims to portray “the writing life” for its reader. Its version of this life is a very particular one: Williams was an alcoholic who was often too drunk to teach his classes at the University of Denver, and he was a serial womanizer. Competitive and jealous, he disparaged his colleagues and regarded the presence of Harvard-educated women like Peggy McIntosh, who entered his department in 1969, as “an imposition.” One of the most vivid moments in the biography comes shortly after the publication of Irving Howe’s review of Stoner:

[Williams] knew that a few of his colleagues subscribed to The New Republic, so
[ … ] all day he sat in the reception area [ … ] drinking coffee and smoking, as his fellow instructors walked past, to and from class [ … ] most said nothing. A friend in the department, Robert Pawlowski, wasn’t surprised. “[ … ] great jealousy lived in a number of his colleagues and he stoically suffered them,” Pawlowski later said. At five o’clock, when the halls had emptied out, Williams went into his office and closed the door behind him.

The image of a grown man seeking attention in this way is grim, and I questioned Shields’s implicit endorsement of Pawlowski’s read on the situation: Williams’s difficult nature makes it seem possible that his colleagues’ reticence stemmed from personal dislike rather than from professional jealousy.

Trained as a scholar of Renaissance literature, Williams later became deeply involved in the academicization of creative writing. He repeatedly attended the famed Bread Loaf Writers’ Conference as a teacher, helped to found the Key West Literary Seminar, and served as president of the Association of Writers & Writing Programs (AWP). But the significance of these experiences—if there was any—is lost: his AWP presidency, for instance, is mentioned only once. Is this because the significance was also lost on Williams? If it is, it leaves one wondering why Williams is the subject of a biography.

More successful are Shields’s descriptions of Williams’s early life. Born in 1922, he was raised in Witchita Falls, Texas, and voluntarily enlisted in the Air Force during the Second World War, working as a radio technician on Allied resupply planes that flew from the Sookerating airfield on the India-Tibet border, over the Himalayas. Shields’s prose here is electrifying: “The C-47 was a workhorse, but when the wings were glazed with ice, it waddled drunkenly [ … ] If the plane crashed in the jungle, tribes of headhunters—the tattooed Naga people—were down there to meet them.” Williams’s wartime adventures strike the reader as more than enough fodder for any budding novelist. Nevertheless, Williams vastly exaggerated his experience, lying about being shot down by “a shell from a spring-loaded Japanese knee mortar.” He claimed that he suffered broken ribs, that five members of the crew were killed, and that the survivors nearly starved in the jungle, skinning a monkey and roasting it, so that it looked, in Williams’s words, “like a baby on a spit.”

“Call it lying, but writers call it creating fiction,” Shields writes in relation to Williams’s tall tale, not seeming to notice that Williams never included his invented war story in any of his fiction. It’s a whopper he brought out at parties. Later, when Williams publishes an anthology of Renaissance poetry, he is accused of plagiarizing one of his idols (the Renaissance scholar Yvor Winters). Shields makes no comment on the incident, or what it says about Williams’s character. Nor does he connect it to his lies about his wartime experience. Williams steadfastly denied the plagiarism, claiming instead the anthology was an expression of ardor for his academic and poetic idol. This is thrown into serious doubt near the end of the book when one of Williams’s former students, renowned poet Heather McHugh, says that she regularly watched him plagiarize others in his lectures.

A jacket blurb proclaims this book to be “a masterful depiction of the generation of burnt-out alcoholic American writers who survived WWII.” Maybe, but when I closed the book, I felt I had no idea who John Williams was, beyond a drunken and belligerent caricature. This was not the case when I closed Stoner after rereading it just before this biography. Whether this is because Williams was a better novelist than he is a subject, or simply because The Man Who Wrote the Perfect Novel fails to capture that ineffable quality each of us carries, I can’t say. But I would recommend Williams’s novel before I would recommend his biography.