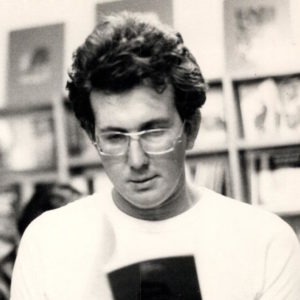 In his poem “The Choice,” W. B. Yeats wrote: “The intellect of man is forced to choose / Perfection of the life, or of the work.” This Yeatsian bargain recurs often in the poetry of John Forbes (1950–1998), who wrote in one abandoned draft, “my better half exists on paper.” While cohabiting with the Muse, Forbes juggled a variety of odd jobs, from furniture removalist and retail worker to assembly-line drudge and casual tutor, eschewing the more stable careers that he feared might compromise his vocation.

His object in writing was not just to surprise his readers but himself, a stricture that ensured a slim but remarkable oeuvre. He couldn’t abide mediocrity, especially when coupled with pretension. Peter Bakowski remembers Forbes’s blunt assessment of a stranger at a reading: “You’re not very good are you?” He exercised the same fearlessness (or, perhaps, naïveté) reviewing friend and foe alike, writing of a book by his close ally Robert Harris that the less successful poems betrayed the type of bombast only Public Enemy and Geoffrey Hill could get away with. It was not a path to advancement.

Forbes was a famed conversationalist with a talent for caricature that served him well during Australia’s “poetry wars.” Beginning in the 1970s, this conflict—which Forbes compared to “a knife fight in a phone booth”—was waged between a loose grouping of avant-garde poets (among them Forbes) known as the “Generation of ’68” and those they dubbed the “Canberra school,” whose aesthetics and politics they decried as reactionary. The Generation of ’68 looked not to Australian precursors or to Europe but to American influences. Their scripture was Donald Allen’s The New American Poetry, in whose pages Forbes likely discovered John Ashbery, the subject of his honors thesis, and Frank O’Hara, on whom he wrote a nearly complete but never-submitted master’s.

Lists and refrains abound in Forbes’s early work, where the mise-en-scène is often inspired by his childhood in tropical New Guinea and North Queensland. Objects are conjured not as a focus for contemplation but for the sheer texture of their sensuality and sometimes just for their sound. The poems’ chatter is effusive, the tone euphoric. “Rrose Selavy,” written for the first of Forbes’s many unattainable loves, is typical.

Forbes’s breakthrough poem, “Four Heads & how to do them,” won a major literary prize when he was just twenty-two. Its opening section, “The Classical Head,” begins with a theft from a treatise on Renaissance painting. What follows—the Romantic, Symbolist and Conceptual heads—shows exceptional inventiveness and confidence. This anthologist’s staple established Forbes as the wunderkind of Australian poetry. But the exhilaration of these early years was tempered both by the loss of the Catholic faith that continued to haunt his work and by the beginning of his addiction to the codeine-based cough medicine that contributed to his early death.

In his late thirties, Forbes moved from Sydney to Melbourne, where he assumed the role of mentor to younger poets. The early echoes of Ashbery and O’Hara ceded ground to Classical and English influences. The quality of argument became stronger, the erudition more focussed—as in his odes to Death and Karl Marx. Nevertheless, the poems in Damaged Glamour, published posthumously, retain the informed skepticism of his early work: a questioning of God, the self, even “the ludicrous sex aid” that is poetry. More circumspect and sombre in tone than his early poems, they are nevertheless paragons of concision and wit.

Forbes died suddenly of a heart attack at the age of forty-seven in the company of other writers, joking—as it happened—about poetry. He wrote, in “Lessons for Young Poets”:

… just remember
if you take care of the art
your sister, Life
takes care of the human part.

The advice was not idly proffered. In the three decades before his death, Forbes produced poems of verve and tough, epigrammatic brilliance. The life had its compromises, but never the art.

“A transistor & a large sum of money to spend”
—Steely Dan

Julie the beauty of a tooth
& from the red & white checked tablecloth’s back garden
when we’re quietly avoiding lunch
Julie begins to somersault
O facelift sing of Julie!
O mascara croon!
And Ireland green as hair let every crystal drop of whisky
flow to me
as a fish knife’s clatter falling sounds the name of Julie—
the blue day collects her
& disappears
Julie breathing like a T-shirt after a swim
in Crete, Julie
in Rangoon a Chevrolet Impala
& in it Julie. She watches osmosis on television combing
her hair
& FLASH!
appears like an ice cream to Fragonard, aeroplane bliss Julie
helping the air of London get cleaner
Julie, her watch stopped exact
sneeze balloon happy griefs
of the portmanteau
Julie, passing exams
Julie the hand-made spine of rare first editions sunburns
under the Eiffel Tower
O golfball of insomnia!
Julie the wedding dress cries like an Italian face
& when the aftershave factory explodes the Spirit of Alcohol
beams on Julie

Imagine an iceberg’s ideal form
or an escaped embrace (!) Avoid such horrors with Julie
and on a weekend hike with Julie
the snapshot of a bear!
Julie invites a drop of foam to eternity as a blood bank
bursts pulpily,
every corpuscle
dying in love
with Julie,
more luminous than a burning patio /
more tasteful
than a day at the zoo.
Julie, surfing the night away
and in the dark beauties of drugs on the pension, Julie,
a crazed spanner in the intricate works of death!
O bored cigarette Julie!
Julie the myth of beauty where sex is ‘concerned’
and Julie the myth of ugliness where helicopters are learning,
slowly,
to dance (their feet are clumsy but tender
tender!)
Even the windscreen wipers on their electric stage swivel
for Julie, even the Enos bubbling in its glass.

More precise than a stocking,
Julie lounges at the pool
she moves like a heatwave in December. It’s the year slipping by
it’s the strange coast of Mozambique I’ve never seen—
no it’s Julie
buying a blazer.
O abhorrent sunglasses!
I peel an orange listening to the fridge erupt in the night
& in the morning I go to the movies
with Julie.

From “Four Heads & how to do them”
The Symbolist Head

No longer begins with even a mention of anatomy,
the approach in fact leaves one with the whole glittering
universe from which only the head has been removed.
One attempts, in the teeth of an obvious fallacy, to find
the shape, colour, smell, to know the “feel” of the head
without knowing the head at all. And the quarry is elusive!
If the stomach disappears, butterflies are liberated & while
the head teems with ideas who has ever seen one? Equally,
the sound of a head stroked with sponge rubber or the sound
of a head kicked along the street on Anzac Day could be
the sound of a million other things kicked or stroked.
The head leaves no prints in the air & the shape of an
absence baffles even metaphysics. But the body connects
to the head like a visible idea & so has its uses, for
what feeling is aroused by The Winged Victory of Samothrace
but piercing regret for the lost head? And beyond the body,
a landscape is not just our yearning to be a pane of glass
but a web of clues to its centre, the head. And here, like one day
finding a lone wig in the vast rubbish dump devoted to shoes,
the Symbolist head appears, a painting filled with love
for itself, an emotion useless as mirrors without a head.
This art verges on the sentimental. It’s called “Pillow Talk”

Panto
for the real Mark O’Connor

I am a layered event, unimpressed
by a nervous, first night cigarette,

El Nino dumping snow on Ballarat
or the quick shadow of a jet.

Remember the noise on 2CH you had
to guess? I’m not that, still less

the Test, thumped into focus on a
battered TV set—more a song you

can’t remember or exactly forget.
Brackets excite me, a cross between

The Bedouin folds away his tent, the
Legionnaire goes where he is sent

& I am not another
but a lolly store owning, constantly
moaning, mentally foaming, layered event!!

Death, you’re more successful than America,
even if we don’t choose to join you, we do.
I’ve just become aware of this conscription
where no one’s marble doesn’t come up;
no use carving your name on a tree, exchanging vows
or not treading on the cracks for luck
where there’s no statistical anomalies at all
& you know not the day nor the hour, or even if you do
timor mortis conturbat me. No doubt we’d
think this in a plunging jet & the black box recorder
would note each individual, unavailing scream
but what gets me is how compulsory it is—
“he never was a joiner” they wrote on his tomb.
At least bingeing becomes heroic & I can see
why the Victorians
so loved drawn-out death-bed scenes:
huddled before our beautiful century, they knew
what first night nerves were all about.

Old father of the horrible bride whose
wedding cake has finally collapsed, you

learnt to operate. So the machine it once
connected to just accelerates & each new

on the spot. At the moment tho’ this set up
works for me, being paid to sit and write &

smoke, thumbing through Adorno like New Idea
on a cold working day in Ballarat, where

work out like this: take a muscle car &
wire its accelerator to the floor, take out

the brakes, the gears the steering wheel
& let it rip. The dumbest tattooed hoon

—mortal diamond hanging round the Mall—
knows what happens next. It’s fun unless

you’re strapped inside the car. I’m not,
but the dummies they use for testing are.

John Forbes died on January 23, 1998. His Collected Poems is available from Brandl & Schlesinger.