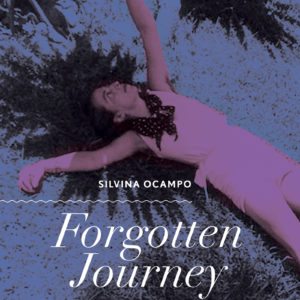 It was her saint’s day and it was a day like any other. A waltz flowed in waves from the house next door; it wasn’t the radio, it must have been someone practicing the piano, following the notes of a song sprinkled with indecisions. And every day it was that same waltz, never learned, that peeked through the shutters and filtered in through the walls of the neighboring house. That music reached back to the day of her birth and every year was repeated on her saint’s day, always bereft of gifts. The past month Fulgencia had invited her to her birthday party and there were enough gifts to fill a toy store window. Celinita was wearing new booties but longed for her bare feet during the days they would run around the rooms like two doves on the flower-patterned tiles—two doves afraid of slipping on the waxed floors.

There were many visitors, many cousins, many women sitting in chairs watching the little girls playing as if in a theater, but Fulgencia preferred to play only with Celinita, without toys, because she alone bore around her face the wilted halo of poverty, because she knew how to climb trees better than anybody and because she lived in an old, unpainted house with green plants on the roof. The adults had conspired that day to make the girls cry if they didn’t play with enough exuberance, or if they felt ashamed.

Fulgencia would have imagined a different party: playing in the mud in El Tigre as if it were snow, sculpting cupcakes with sprinkles or fish of dirt. Only on the Tigre Delta could this dream be fulfilled, there at the Wisteria estate, named for the cascades of mauve wisteria flowers raining down on the docks. She had been born on that estate. The house had bathrooms decorated with landscapes and enormous bathtubs covered in wood like confessionals, where spiders would stow away at night. Seen through small windows of iridescent glass, water the color of an elephant from the delta would turn the color of the sea. Often the tides would hold the house captive—on those days neither teachers nor visitors arrived. Those were long, sheltered days filled with figures that came to life thanks to her colored pencils. Shiny blue cowbirds with their mouths open wide as if playing toad-in-the-hole swam in the waters that flooded the garden. They had gone together to the Wisteria estate just once. Many times it was the tides, other times the distance that made them both dread and cherish those visits to El Tigre in the winter months.

Fulgencia was the only daughter, and for that reason her parents were killing her with constant reminders that she should be careful, all of which, transformed into involuntary penitence, awakened in her perverse acts of revenge. One day she had hidden behind a boat that was moving most of the time on the grass, bumping against a bamboo plant. In her pockets she had packed provisions, lumps of sugar and Iris cookies. Her mother, her nanny and the gardener were all looking for her around the garden and in the house. Her mother was crying as she looked at the brown waters of the Tigre: “Where is my daughter! Where is my daughter!” Hidden behind the boat, Fulgencia heard everything. Her mother knelt in the grass wailing, envisioning her daughter dead, floating among the fruits in the canals with weeds tangled in her hair. She saw her snatched up by one of the traveling boatmen who passed through on Sundays; she saw her kidnapped in a park drinking canal water and dying of typhus without the aid of thermometers and doctors.

Fulgencia gripped the oars of the boat, accomplices in her laughter that was gradually fading. She no longer dared to come back to life before the amazed eyes of her mother. Night fell with the sound of boats against the water, with the sound of crickets and oars against the water. A melancholy stench of mud, soggy plants and fish emerged: it was the smell of the dark, resonating with catfish, perhaps, or the toads that came out at the hour of mosquito nets. She knew that her mother was daydreaming of a distant stroll she had once taken in Venice. It was when she talked to visitors about San Giorgio, the Ca’d’Oro and Santa Maria dell’Orto. But Venice was sinking in the night, devoured by the black waters of the Tigre. Amid her tears Fulgencia was sure she was lost or even dead. She was almost drowning amid the bamboo branches until the gardener discovered her. Celinita had tried in vain to recreate the same episode in her house. Nobody looked for her. The house where she lived was too small for her to hide anywhere and she had too many brothers and sisters for them to realize that she was missing.

But this time she had turned seven years old and she didn’t want to hide, and yet she was lost in her own house. No one saw her, no one was looking for her. Fulgencia had forgotten to send someone over to ask her to play. It was Saint Cecilia’s Day, and Saint Celina must have been some unknown saint who didn’t appear in the prayer books or on the calendar. Her mother was mending a plaid apron when her daughter’s name floated through the halls from the entranceway. Celinita breathed a sigh of relief; they had come to ask her to play with Fulgencia.

Celinita left running. The other house was half a block away. The first thing she said when she arrived was: “Today is my birthday,” and Fulgencia, climbing the stairs to get to the playroom, responded: “Let’s go to the basement, no one is there. Is it your birthday or your saint’s day? Because if it’s your saint’s day, it doesn’t count.” Celinita didn’t know, and she accepted the loss of her birthday to give herself over to the loneliness of her saint’s day.

They went down to the basement: the windows faced mysterious landscapes of elevator cables, trellises, feather dusters and broken bottles, trunks filled with huge hoop skirts and giant curtains. Without sunlight, a dark vegetation consisting of old candelabras, woven wires and sacks of firewood was growing, like in El Tigre’s abandoned greenhouses. Between the folds of a curtain they found a doll without eyes, a doll divinely new by dint of being old, smudged by blows and discolorations, and they took her, taking turns holding her in their arms.

After the light was turned off, a firmament like a blackboard shrouded the basement. Two pupils were shining: set free, the blind doll’s pupils were flying around in search of their eyes. Fulgencia recognized her favorite doll, the one whose hair was falling out from constant curling and washing, the sleepwalker of the nights when she took the elevator down to the basement and looked out the empty windows …

Reprinted with the permission of City Lights, from Forgotten Journey by Silvina Ocampo, translated by Suzanne Jill Levine and Katie Lateef-Jan. Forthcoming from City Lights Books in October 2019.