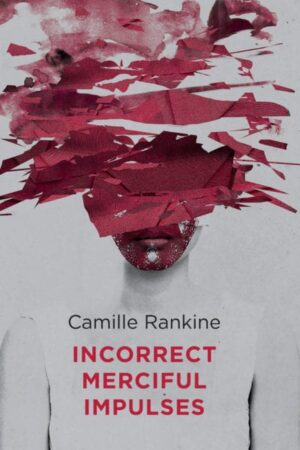 This review was first published in Harvard Review Online on April 19, 2016.

“Dear patriot / Dear catastrophe,” the collection begins, “None of this means what we thought it did” (“Tender”). From the outset, reality must be reconsidered in these poems, the speaker always aware of the ground shifting beneath her. The consequences of our contemporary mindset can’t be ignored: “After all, I was told // I could have everything,” says the speaker of “The Free World.” Rankine critiques our do-anything, have-everything culture, but simultaneously, real longing for an unreachable dream runs underneath. These poems question and affirm: “Whether or not / you exist, you did // exist” (“Instructions for Modern Graffiti”). Whether or not things mean what we think they did, Rankine asks us to work through the dual possibilities.

Through short sentences and lines that parse her sentences into syntactically complete chunks, Rankine emphasizes distance: between the speaker and reader, between the speaker and her experience. “All I am / in the end       is a trivia, a story, / a series of events,” she writes in “Still Life with Copernicus & Hypnophobia.” Rankine adds extra white space mid-line as a speaker might insert deliberate, careful pauses. Her measured use of line, sentence, and phrase create a parceled vision, moment succeeding moment until the whole finally becomes visible:

The grief is a planet. A dust ring.
A small moon that’s been hidden
under my pillow, that’s been changing
the way my body moves this whole time.
(“The Increasing Frequency of Black Swans”)

Mimicking that small moon’s hidden pull, the line breaks demonstrate the slowing, shaping force of grief. Personal grief and the deep grievances of racial violence mingle inescapably. “So the free may remain free // say the nightmare is / the dream,” she writes in “Necessity Defense of Institutional Memory.” Rather than naming particular events, Rankine provides bare outlines, a brave choice that underscores the repeated nature of violence. The fill-in-the-blank feel of Rankine’s open descriptions indicts a society that refuses to see the pattern: “The longer you live the more these lies / come alive,” the poem continues.

Incorrect Merciful Impulses describes a reality in which “nothing keeps / happening over and over” (“Symptoms of Doctrine”). The nothing, however, isn’t an absence of events, but an absence of meaningful action. “Lament for the Living” puts it this way:

where there was a town       there is fire
there is nothing

Hurricane Katrina looms large in the background of these lines. “[W]hat is // a country       what category of disaster,” Rankine writes in “The Great Dying.” A lack of meaningful action on the societal level, Rankine’s work shows us, presses on the individual, stifling and suffocating. “Sometimes in the morning,” she writes in “Symptoms of Island,” “your hand / finds the dip in my side. For the moment // we’ll call it happiness.” The specter of disasters personal and communal makes qualifying statements such as “for the moment” a necessity.

Rankine’s choice of a first-person voice for these poems accomplishes two seemingly disparate but ultimately linked goals. The book functions as a record of one person’s experience of our contemporary moment, but through calculated distance and broad details, the work ultimately opens itself out, drawing in rather than dividing. “We,” the collection’s final poem, makes that decision clear. The title stands in as subject for an expansive list:

have been the buyer, the bought
the boy’s blood in the dirt

have been the woman in winter
the knife of her hunger

have been the knife at her throat

have deceived, been taken in

have been destroyed
have been beginning

have been discovery, a new fruit
growing ripe within our skins

“We” reaches out to oppressor and oppressed, to all the gradations and complications in between. Double meanings pervade Rankine’s work, challenging and engaging. Incorrect Merciful Impulses asserts that the poet’s task encompasses hard witness and the tending of that “new fruit” within us. The two, in the end, are inseparable.