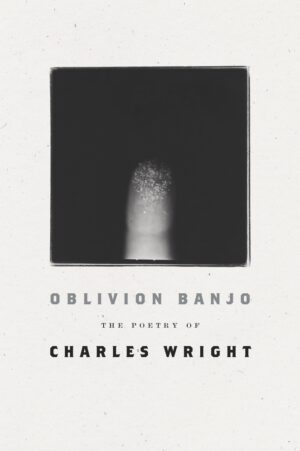 The first group of poems in this hefty selection of Wright’s decades of writing centers on poetry and poets. The reader might think Wright is laying the ground for his later poetry of landscape and the natural sublime, invoking predecessors in hopes of receiving their cosmic blessing. But the poets he selects aren’t those suggested by his later work. From mid-career on, Wright has embraced the rhythms of Whitman, the natural supernaturalism of Wordsworth, the neo-Buddhism of Gary Snyder, and the earthiness of Roethke. His early poems, however, name Ezra Pound, Hart Crane, Baron Corvo, and an unidentified writer (“Homage to X”). He follows this group of lightly ironic tributes with “The New Poem,” a manifesto worth quoting to underscore the eventual shift in his poetics:

How do we reconcile this negative poetics with the poems of his maturity, which unfold by “Looking at landscape and my moral place in it”? Such a High Romantic poetics does suggest the sea in its capaciousness and rhythms, embrace earthiness, and take weather as one of its familiar topics. Perhaps “The New Poem” is entirely ironic, a critique of the direction Wright saw poetry going in the early 1970s.

Soon enough, with the 1981 publication of The Southern Cross, the fully formed Charles Wright would emerge. “Homage to Paul Cézanne,” the first poem in that collection, embraces an earthy aesthetic in which the particulars of landscape infuse and inform a universal elegy. While the voice of this poem is a little too portentous, it moves Wright toward his eventual embrace of the perceivable world as the source of the natural sublime. The move would complete itself when he took the mid-Appalachian countryside as the site of his poetic creation.

Zone Journals (1988) is the first in a long sequence of Wright’s collections that explore and experience the rolling Virginia landscape in ways comparable to Thoreau’s absorption of Concord into his work and himself. “A Journal of One Significant Landscape” suggests how this might happen:

I long to escape through the white light in the rose root,
At ease in its clean, clear joy:
Unlike the spring flowers, I don’t unfold, one petal
after another, in solitude—
Happiness happens, like sainthood, in spite of ourselves.

The linking of sainthood and happiness reveals the pantheistic and personal nature of the religious elements in these poems: not that old-time religion, but rather a transcendence rooted in the flora, landforms, and skies of the Appalachian mountains. A desire to become one with this world—to escape the elegiac closures of “Homage to Paul Cézanne” by working through the shades and textures of his chosen landscape—dominates Wright’s work of the last thirty years.

It is the working through that counts, though, not the subject matter as such. Thirty-three years after “The New Poem,” Wright published a second brief manifesto, “The Minor Art of Self-Defense”:

Landscape was never a subject matter, it was a technique,
A method of measure,
a scaffold for structuring.
I stole its silences, I stepped to its hue and cry.

Language was always the subject matter, the idea of God
The ghost that over my little world
Hovered, my mouthpiece for meaning,
my claw and bright beak …

This poetics of process is what connects Wright to Pound and Crane, poets of large vistas, open form, and a close attention to the word-fabric.

For Wright, landscape is a technique because it provides a matrix of all possibilities, from the earthy mundane to the cosmic. Language is the logos, the God-given voice that names and animates the world. Though he writes (in “Scar Tissue”) that “What must be said can’t be said, / It looks like nobody has a clue,” in practice, Wright finds the material world filled with clues. In his Thoreauvian parsing of that evidence he finds something sustaining:

Dear tulip leaves, color of carp bellies, wisteria drools
Withered and drained dry—
All light in the growing darkness,
a brilliance itself which is set to come.

Reviewing Hard Freight in 1973, I noted that for all Wright’s skill and intelligence, those early poems lacked a “strong personal voice and sometimes failed to establish a point of view.” When I reviewed A Short History of the Shadow in 2002, I described a poet of originality and distinction, with a voice that was distinctly his alone, even if it echoed Whitman and Wordsworth. I also noted that for all their brilliance, his poems—reading them one after another—often seem “repetitious and indistinguishable.” While this remains true of the many collections written since, it is also true that as one reads these beautiful and engaging poems, the fact that they frequently seem to flow from the same spigot hardly matters. Much the same could be said about Leaves of Grass. It has been a pleasure to watch Wright develop over the years into such a graceful and accomplished poet.