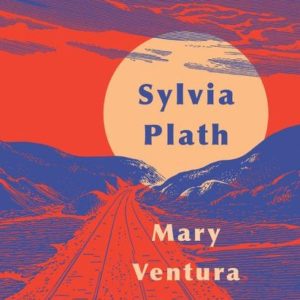 In November 1952, Dwight Eisenhower defeated Adlai Stevenson in the American presidential election. Sylvia Plath called it “the funeral day of all my hopes and ideals.”[1] To her mother, who had voted for Eisenhower, she wrote, “Well, I only hope you’re happy with McCarthy [ … ] it wasn’t Eisenhower I was against, but all the other little horrors in the Trojan Horse he rode in on.”[2] Adlai Stevenson, she thought, was the “Abe Lincoln of our age.”[3] Eisenhower’s victory seemed to Plath a symbolic personal defeat, and it marked the beginning of a depression that nearly took her life.

The new world order reflected the corruption and chaos she felt in her soul. In the fall of 1952, Plath was an English major in her sophomore year at Smith College. Competition in her classes was, she told her mother, “cut-throat.”[4] The academic juggernaut seemed already unstoppable; she was writing two papers a week and taking sleeping pills. Writing to her mother, she blamed her increasingly precarious mental state on her science class, “World of Atoms”:

I have practically considered committing suicide to get out of it; it’s like having my nose rubbed in my own slime. It just seems that I am running on a purposeless treadmill, behind and paralyzed in science—dreading every day of the horrible year ahead when I should be reveling in my major. I have become really frantic: small choices and events seem insurmountable obstacles, the core of life has fallen apart [ … ] I feel actually ill when I open the book. [ … ] I feel I have got to escape this, or go mad.

Plath had never written such a frank, emotional, and terrifying letter to her mother, whom she normally plied with cheerful zingers. “Oh mother, I hate to bother you with this, but I could cry. [ … ] I actually am worried over my mental state!” Science, Plath wrote, had become “a devouring, malicious monster.”[5]

Depression was the devouring monster, not Plath’s science course. But she may not have understood the distinction. In her journal that fall, she tried to comprehend the reasons for her rapidly worsening state and suicidal thoughts. She was baffled by her inability to control her “attitude,” given all her success. “I am weak, turned, in revolt from the strong constructive humanitarian faith which presupposes a healthy, active intellect and will.”[6] She analyzed the textures of her depression with Dostoyevskian precision:

I go plodding on, afraid that the blank hell in back of my eyes will break through, spewing forth like a dark pestilence; afraid that the disease which eats away the pith of my body with merciless impersonality will break forth in obvious sores and warts, screaming, “Traitor, sinner, imposter.” [ … ] I can see ahead only into dark, sordid alleys, where the dregs, the sludge, the filth of my life lies, unglorified, unchanged—transfigured by nothing: no nobility, not even the illusion of a dream.[7]

She despaired of finding help, the cost and the stigma preventing her from seeing a psychiatrist. “I’ll kill myself. I am beyond help. [ … ] Masks are the order of the day—and the least I can do is cultivate the illusion that I am gay, serene, not hollow and afraid. Someday, god knows when, I will stop this absurd, self-pitying, idle, futile despair.”[8]

Friendship saved her. In mid-November, she dropped the mask and allowed herself to be “unproud and cry” to her close friend Marcia Brown.[9] The relief was immediate. In her journal she compared her “resurrection” to that of Lazarus, already laying the foundation for her poem “Lady Lazarus,” to come a decade later.[10]

Around this time Plath wrote her first story about depression, whose caverns she would later illuminate in two of the most important works of the twentieth century, The Bell Jar and Ariel. Scholars have known about this story, “Mary Ventura and the Ninth Kingdom,” for decades; it is part of Plath’s vast archive at Indiana University. Luckily for Plath’s legions of readers, Faber and Faber has finally published it. Plath submitted the story to Robert Gorham Davis’s “Style and Form” class on December 12, 1952, not long after her cathartic talk with Marcia. The story, which Plath revised in January 1953, is a surreal allegory that gives a vivid sense of the inner turmoil she had endured that fall.[11]

Mary Ventura, a young woman, reluctantly says goodbye to her parents and boards a train heading for “the north country.”[12] Plath provides few details about Mary’s origin, though we are likely somewhere in America. On the platform, newsboys yell ominous headlines about 10,000 citizens being “sentenced” for unknown crimes—possibly an allusion to McCarthy’s witch hunts. A grandmotherly woman familiar with the route sits next to Mary, and makes small talk. They pass through “barren” apocalyptic landscapes of burning hills and deserted stations, “sterile farmlands” and menacing crows. The sun is “a flat orange disc” that discolors the sky. Mary becomes increasingly nervous as the sun sets and her companion warns her they will soon enter the “long tunnel.” A vendor approaches and tells Mary’s companion, “There’s nothing for you in this load [ … ] The whole deal is signed, sealed, and delivered.” The woman cryptically demurs, “Even bookkeepers can go wrong, now and then.”

When the train stops at the sixth station, a terrified passenger in a fur coat begs to stay on longer. She hides her ticket, but two guards on the platform take her away. Mary watches, suddenly filled with apprehension about her destination: the ninth kingdom. “But what is the ninth kingdom?” she asks her companion. “‘You will be happier if you do not know,’ the woman said gently. ‘It is really not too bad, once you get there. The trip is long down the tunnel, and the climate changes gradually. The hurt is not intense when one is hardened to the cold.’” Mary realizes that the passengers have all chosen to die. The train is suicide.

“I won’t stay. I won’t,” she cries. “I will get the next train back home.” But that is impossible. “Once you get to the ninth kingdom, there is no going back,” her companion tells her. “It is the kingdom of negation, of the frozen will.” Mary realizes she can save herself by pulling the emergency brake. “That is the one trick left,” her companion says. “The one assertion of the will remaining. I thought that, too, was frozen. There is a chance now.” Mary stops the train and jumps off at the seventh kingdom, where she evades her pursuers. She rushes up the dark, “menacing” staircase, full of cobwebs and snakes, to emerge into a sunny park full of children. There, a kindly woman is selling “white roses and daffodils” in the “spring of the year.” “I have been waiting for you, dear,” she says.[13] Mary has outrun her own suicide.

In 1955, Plath would consider entering a revised version of “Mary Ventura and the Ninth Kingdom” in a contest sponsored by a religious organization, the Christophers. In a page-long introduction, she disguised the story as a religious allegory about finding Christ: “This is the story of a teen-age girl who passes through the temptation of the material world, grows aware of her own idealism and power to help others, and discovers the City of God.”[14] But Plath was an atheist, and she eventually decided not to enter the story. Her structure was Dantean—she had been reading Dante in November 1952—yet the story’s real subjects are depression, suicide, and rebirth. Plath had been writing short stories since she was a child, but “Mary Ventura and the Ninth Kingdom” marked the first time she had faced, albeit obliquely, what she called her mental “difficulties” in fiction. The story shows Plath already grafting an allegorical trajectory onto her psychological struggles—mining them, even in the depth of her depression, for creative potential. It marked a break from the earlier, realist fiction she had published in Seventeen and Mademoiselle between 1950 and 1952: “And Summer Will Not Come Again,” “Den of Lions,” “Sunday at the Mintons’, ” and “The Perfect Setup.”

While Plath is often regarded as a “confessional” poet, that label is misleading. Her aesthetic impulse was more surrealist than confessional. Indeed, she treated the “confessional” impulse ironically in poems like “Lady Lazarus,” where the heroine performs a striptease for the “peanut crunching crowd” who has come to watch her bare all and attempt another suicide. In “Mary Ventura and the Ninth Kingdom” Plath began to experiment with the imagery of the Italian surrealist painter Giorgio de Chirico, whose paintings of dark trains, menacing tunnels, and broken Classical statuary would influence some of her best poems, including “The Disquieting Muses” and “Edge.”

Although Mademoiselle rejected “Mary Ventura” in March 1953, it laid the foundation for Plath’s unpublished 1955 short story “Tongues of Stone,” which she submitted to the magazine’s fiction contest. This story, which she called “the best work of ‘art’ I’ve ever done” in a proud letter to her mother, recounted her 1953-54 stay in McLean Hospital.[15] “Tongues of Stone” brought her closer to the themes and subject matter of her most widely read short story, “Johnny Panic and the Bible of Dreams,” and her novel The Bell Jar, both set in mental hospitals. And of course, Plath would go on to write some of the finest poems about depression in the English language: “The Moon and the Yew Tree,” “Elm,” “Sheep in Fog,” and “Edge.” “Mary Ventura and the Ninth Kingdom” cleared a path forward to these major works.

Plath received an A- on the story from Robert Gorham Davis, who declared it “very good.” But he did have one qualm. “Morally I think it is made a little too easy for the girl, with so much help from her companion.” He wanted to see the heroine “persisting against habit, temptation, discouragement, etc. That is difficult.”[16] Fiction could not conjure fact. Eight months later, Plath attempted suicide.

[11] Aurelia Plath typed up a revised version of the story and sent it, at Plath’s request, to Mademoiselle in January 1953. The published story is based on this January 1953 copy, which belongs to Judith Raymo.

[12] Plath had been close to a young woman named Mary Ventura in high school, but their paths diverged when they attended separate colleges.