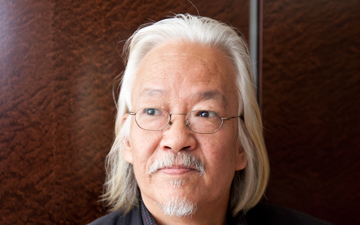 Duo Duo 多多 became one of the founders of contemporary Chinese poetry four decades ago, and remains an important voice in its present. A native of Beijing, he was exiled to the Netherlands after 1989 and returned to China in 2004. His poems have appeared in English translation by Gregory Lee in The Boy Who Catches Wasps (Zephyr, 2002), and his selected stories were translated by John Crespi in Snow Plain (Zephyr, 2010). Winner of the prestigious Neustadt Prize in 2010, he has been described by Eliot Weinberger as "a political poet who makes no statements; a realist poet in an alternate universe."