Skip to content
Desire of the Rose, Desire of Swords:
Poetry by Duo Duo 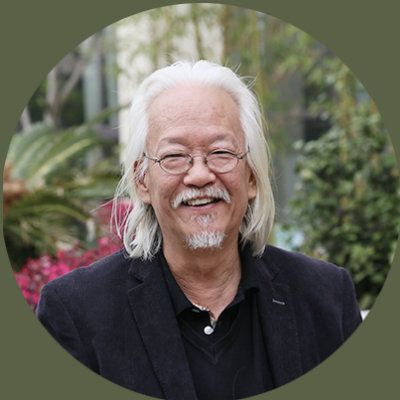 Desire of the Rose, Desire of Swords:
Poetry by Duo Duo

Duo Duo was born in Beijing in 1951 as Li Shizheng 栗世征 (he gave himself his pen name in honor of his daughter, called Duoduo [多多], who died in infancy in 1982) and grew up in the capital. Only two years younger than the newly founded People’s Republic of China, his life has followed the PRC’s general historical outlines: he came of age during the Cultural Revolution (1966–1976), reached maturity as a poet during the “reform and opening” years of the eighties, lived abroad during the period of China’s economic explosion in the nineties, and returned to China in 2004. He now lives in a small apartment in Beijing without a mailbox (if you want to send him something, he must be there himself to receive it). Duo Duo is a vegetarian whose poetry reveals an affinity with the mixture of Indian Buddhism and Chinese Daoism known as Zen, with its mysteries and suspicion of language—but his writing has never been reducible to a mirror of, or straightforward response to, the conditions of its creation, nor to an expression of any prefabricated philosophy.

Duo Duo’s work was widely translated into English in the nineties, but his last volume in this language was published in 2002, which means that nearly none of his work since his return to China has been made available to readers of poetry in English (he told me once, with only a hint of frustration, that Chinese readers tend to favor his earlier works). I find that his poetry has only gotten stronger over time, as evident in “That Time,” the first and longest entry of his ten-section sequence, The Desire of the Rose Now the Same as the Desire of Swords. The sequence as a whole is about the vicissitudes of memory: its pains but also its joys. The images that end “That Time,” horses and gravestones, are familiar throughout Duo Duo’s oeuvre, but here they are defamiliarized. The whole sequence ends with “remembrance” being the pursuit of “what is ahead,” while “the moment of happiness is the moment of memory.”

As translator, my goal is to let Duo Duo’s style come through; I have aimed simply to put in English what he has put in Chinese, the way he has put it. There is enough mystery in his images and how they interact and interlock that I see no need to mystify the Chinese language he writes in. As his poems argue, the mystery is in all language, any language, and as J.H. Prynne has written, “Don’t try to solve the problem: translate it!” I have not tried, then, to unpack or interpret his deeper meanings. That is the task of the reader, not the translator.

As a reader, I am unsure if the desire of the rose and swords in the title means desire for a rose and swords, desire felt by a rose and by swords, or else desire being compared to roses and swords. Ultimately, I believe the poem succeeds in part through the active jostling between these possibilities. In one section there is “a sword suspended,” and in another, “the rose only knows growing thorns”; here in “That Time,” time itself is called a “long, long rose.” As you read this poem, I hope you feel the jostle; I hope you are able to feel how the desire of swords can become the desire of the rose.

why does the camel need twin humps to make it through the desert?

I look at you, you only look at yourself
I look there, I only see you

I look at things I cannot see
I see time—that long, long rose

it’s the heart that creates the invisible, between riddle
and its four walls, letting the parable of life pass through the ring

women’s bodies used to be a meadow, still releasing all that dreams received
the river’s flow is slowed by the breath of their bathing

at that time you appeared, planting your feet, to stop my pacing
love should have no name, to darken the hill that grows only roses

only two trees are left there, one the shadow of the other

trees have no heart, and stand straight because no one will embrace them
but taller still when leaned on by sterilized women

a woman’s statue in a corner of the park, everyone walking by
tosses a coin into her mouth
at that time I heard a kind of sound, softer than a snake sigh

beauty kneeling there, as if for some first offense
as stable as creation

that’s how the snake listened to my tale
vines sprouting wings entwining around the clock, too little for love to use

in silence is a never-ignited lamp, light it
to illuminate each day that never reached us

not knowing what emotions want, the bird hides its head in implication
feed it with what wisdom is in the cage

you hide behind your smile, the sun telling lies inside your eye

I steal your words while you toss the salad
at what degree is guessing stealing?

the caged animal pricks up its ears, meatballs in the clouds, clouds full of fervor

on its own in the darkness, as are you, the sun secretly shines
we’ll just have to stay silent with eyes open

an apple smiles on the window sill, the rose only knows growing thorns
all words brighten

tomorrow in the clock already, a sixth toe starts to grow on your foot

two great birds, featherless, bodies all muscle
in the dark we identify each other

a pair of shoes maintains the shape of your toes
the dancer walks by, meaning there’ll be as many times turning back
as there are times setting out

I get near you, wait for you, my flowers
blooming on another’s collar, I on your dust

I’m not me, but Jesus is about to leap from my heart
I am your downfall

count my glass tears, you already grasp the story of the future

from behind you’re more complex than you are, I’m still observing
the field between us

lonesomeness is a lighthouse, parallel with love
sneering springs from self-mockery, via justification

the rose is grey, its shadow rose-colored

my face is half of my mask

no one is themselves, I see feather-shaped shadows fighting with the wind

I insist on a state of being alive, my solitude brokers no disturbance

I recollect in song, and rock the arrowheads on my back

and take away my drum, burying it is worth more than beating it

in back of me, these words use my voice
that’s how strong the coffin is

fishers stare with fish eyes, observing their own hearts

trees see further, with no more obstructions, having given them all up
the children slapping trees are all angels, each shorter than the last

practice this imperfection, the earth has no other sight
the world has an aching mother

father blocked by mother, the cello has a pear-shaped posterior

I’m afraid of thunder, and so’s mom, I love what I fear

a great bird is staring at me, with a maternal expression
I cover my face, happily growing teeth

I’m wearing clothes a goldfish has worn, endlessly taking candy out of its pockets

I dream, dreaming I’m no longer a horse

inaction is too expensive, the thunder of old age sent it
lightning loves that it never possessed it

the soul was unprepared, precious objects are in hiding
more faithful than mother’s grave

gravestones kiss gravestones, between them the effort to open up flesh is renewed