Skip to content
The Collected Stories of Gladys Schmitt 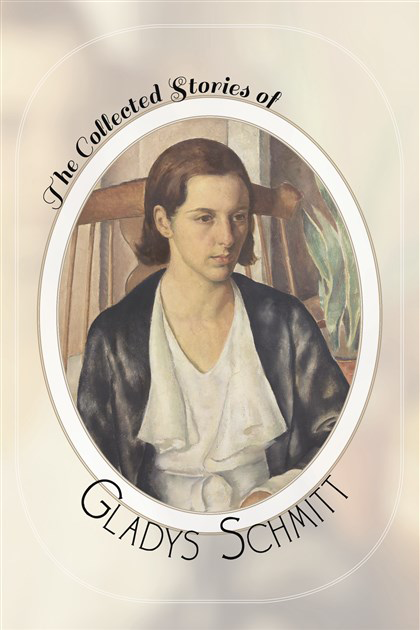 The Collected Stories of Gladys Schmitt

Gladys Schmitt (1909–72) wrote eleven novels and numerous short stories over the course of her long teaching career at Carnegie Mellon, whose university press has now assembled the stories she published between 1929 and 1969 in the Atlantic Monthly, It’s a Woman’s World, Harper’s Bazaar, Mademoiselle, and Seventeen, among others.

These are traditionally shaped stories of quiet suffering. In “The Avenger,” a newly successful artist seeks revenge on the professor who savaged him, only to discover an aching old man whom he finds it in his heart to pity. In “The Mirror,” a deserving woman, recently passed over by the man she loves in favor of someone younger, faces her aging reflection in a restaurant mirror. And in “Consider the Giraffe,” an emotionally neglected girl is “kissed” on the hand by an equally desolate giraffe in the zoo, while her parents alternately spar, court, and mate like the leopards they admire. Reminiscent of Hemingway’s single adverb placed late in “The Hills Like White Elephants,” Schmitt expands the point of view on this story’s final page. Although the lonely child is the narrator, her mother owns the last few lines as she walks into her daughter’s bedroom at night and wonders why the girl always sleeps with her hand pressed to her mouth.

A contemporary reader of “The King’s Daughter” (1945) understands that although the protagonist accepts the love of the king’s daughter as a path to power, his true love is her brother. Whether the story was perceived this way at the time of its publication, just three years before Gore Vidal published (thereby giving up his political career) “The City and the Pillar,” is hard to gauge. This story is more explicit in its depiction of desire and disgust than the others, but sex (usually married) makes many discreet appearances, as does its absence, often in the form of older, unmarried, and consequently unloved women. Going a step further, “The Man Who Found Himself” features an older bachelor who has resolutely ignored his secretary’s love and his colleagues’ respect, choosing paranoia, until he is hospitalized and comes to realize that he is not alone. The marriage contract and romantic relationships between men and women are double-edged; Schmitt’s marriages are often composed of intelligent homemaking women and their professorial husbands in university towns, but we are still a long way from Edward Albee.

Outside of the marriages, many young women populate Schmitt’s stories, and their delights (including sea-green dresses “breaking into lacy foam at the throat and wrists”) and concerns decorate the story arcs. The inner world of each protagonist breaks open; their (rather mild) wounds almost always heal and leave them stronger in a coming-of-age pattern, regardless of age. In the less successful stories, these emotional struggles are not adequately shored up, but the visual details never fail.

The best stories in the collection, “The Mourners” and “Consider the Giraffe,” do not follow this pattern. Over the course of “The Mourners,” which has three points of view in seventeen pages, a young wife is observed by her older professor husband as she falls in love with—and refuses—his younger colleague. In the final paragraphs, the husband comes to the lyrical and startling conclusion that his wife’s eyes “would shine like that forever, wild and without rest,” that an unnameable longing would continue to tug at her “when he had stepped into nothingness before her and she lay listening to May weather in an empty bed.”

When contrasted with the ultra-modern short story, with its hyper-concentration of danger and/or characters who cling to the margins, Schmitt’s work reads as gentle, almost naïve. It’s worth remembering that most of these stories were published before Hiroshima and Nagasaki. Gladys Schmitt’s stories unfold in the stable universe of mid-century women’s magazines, one that few now alive can remember.