Skip to content
Text is Water in a Glass: Six Poems by Kostas G. Papageorgiou 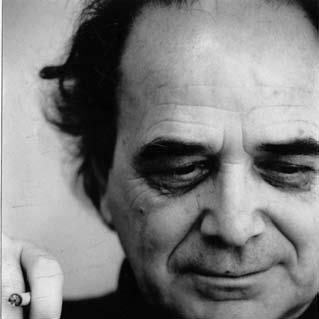 Text is Water in a Glass: Six Poems by Kostas G. Papageorgiou

A consummate stylist, Kostas G. Papageorgiou writes poems of tight lyrical discipline with line division, prose poems that amplify and extend narrative content through the extension of the line, and even longer prose stretches in the form of stories (Overexposed, 1998), a novella (Water, 2011), and a novel (Anna, Now Go to Sleep, 1995). He does so in a style all his own, a sage with a serene, innocent tone of voice, its density and emotional intensity depending on the nature and length of the genre.

Diverse aspects of usage between Greek and English tend to inhibit full rendition of certain stylistic elements from the previous to the latter in Papageorgiou’s verse. Ironically, a rendition of such elements fuller than the present translation would have also brought about syntactical impediments to the overall appreciation of the poet’s notable verse.

He says it best in the final lines of the poem “Words”:

Words traps of themselves low
On the level of grass under the rain
Each secretly masticating
Their sound and their old significance.

Maybe not exactly “their sound,” but certainly and we dare say unmistakably, “their old significance.”

Making just as if to get away—barely expanding beyond the outline of his likeness or from the stasis of his stance, something was heard like a rasping or even a tearing maybe of his coat an imperceptible sound; you’d think a nail held him down so many years riveted behind the glass frame. And a hoarse sigh after perhaps of relief because thankfully the escape plan was called off; how could he go about in ragged health, at an age paused long ago and how would he live with coins in his pocket no longer in use.

I stand at the door stunned as if ready to go out and indeed I would—go out but I am standing as if stunned and motionless. Because it is my mother bent over me there, carefully sewing a button onto the completely white shirt I am wearing as she holds the cloth a very small distance from my chest lest she hurt me. But the button is black and she sews it on so naturally, perhaps because she did not notice how its color does not match the white. And sewing bent before me without looking at me she asks me ‘whom am I sewing?’—two or three times; but as I don’t answer she asks again barely raising her glance, mechanically, towards my face for a second: ‘whom am I sewing?’—but again, without seeing me. Wherefore I with sorrow, but a great one, perhaps already saddened by the color of the button—that black one—I tell her ‘one who is dead.’ ‘One who is dead’ I tell her again with blurring eyes as I watch her bent there before me, sewing, and her crying and saying over and over ‘don’t say dead again,’ pleading.

The Fish that Feared the Water

There once lived a fish whose nightmare was the water. Nights it would scrape off its scales on the razor of its deep fear. And so flayed and bloodied, when the sea lapped calmly it would climb to the limits of its sky where the waves flutter aimlessly, and crying it would beg incessantly: ‘Oh sky, make me a bird, from your foam give me wings, better the air, that dry water, than your wet deep.’

‘Good carpet for sale half wool half silk’
And its knots deftly counted by hand
So the foliage will not quiver at night
Rivers silent and stationary cut across it
The handmade waters will not get rough
As its eddies are tightly woven
Under its soft nap the rich verdure
Absorbs and silences all footfalls
But above all their traces and ashes, it erases.

The Beggars of the Sky

As soon as evening comes they sit along the banks of the marsh high up in the sky and count – each separately – the profits of the day which has finished for us – their beggars’ crumbs. Unsmiling, dejected, vacant. They see, even as they pretend to be blind, having placed their vision in their sense of touch as they deftly feel up coins with the tips of their fingers. We knead black altar bread and say the prayers for the dead over their empty names in vain—they don’t listen. They speak of us plaintively on All Soul’s Days.

—Says text is water in a glass which I with great care because I’m actually afraid am transporting but without knowing exactly to where and besides all this spills with each step or movement I make, even the most minimal. Indeed with fear because suddenly the thought crosses my mind that these drops which fall to the floor so easily could be letters or words of the text; so if this is how the water spills …