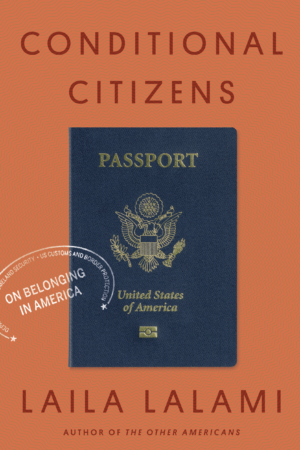 “Conditional citizens” is the name Laila Lalami gives to those in America who are of non-white and non-European heritage, ethnicity, or origin, or who are women. These are people whose “rights the state finds expendable in the pursuit of white supremacy,” and who know “what it is like for a country to embrace you with one arm, and push you away with the other.” In a concise and powerful work of nonfiction, Lalami argues that America’s vaunted diversity and pluralism are undermined by actions designed to differentiate systematically between an “us” group and an “other” group. The ultimate goal of these actions is to keep white citizens—and especially white men—in control; people of color and women are denied the full rights and privileges of citizenship.

Although Conditional Citizens was written before the summer of 2020, readers will find the book almost uncannily tuned to the present moment. The current pandemic, which is disproportionately impacting and killing Black and Latino people; the killings of Breonna Taylor and George Floyd, followed by the explosive resurgence of the Black Lives Matter movement; and President Trump’s blatant, racist dog-whistling, have all highlighted—once again—the racism and injustice present in virtually all aspects of American life.

Lalami’s own experience of being a “conditional citizen” pervades her analysis. Born in Rabat, Morocco, she lived briefly in Great Britain and then moved to California, where she completed a doctoral degree in linguistics. Since 2000, she has been a US citizen; her third novel, The Moor’s Account (2014), won several national awards and was a finalist for the Pulitzer Prize. She is also an essayist, and her mastery of that form paired with her skills as a linguist are evident throughout Conditional Citizens. In little more than 200 pages, she guides the reader from the personal and intimate to broader themes of disempowerment, exploitation, and disenfranchisement with persuasive authority. Over the past few months, books on race, racism, and social and economic justice have been reaching a wider audience than ever before. Conditional Citizens stands out among these works, thanks to Lalami’s rare skill at combining compelling personal narrative and memoir with perceptive and wide-ranging insights on the cultural, social, and historical forces that create our modern American caste system.

The book opens with Lalami’s recollection of the terror attacks of September 11, 2001, as a seminal moment in her new life as an American citizen. “In my memory,” she recalls, “the shock and grief of that day are intertwined with fear and rejection.” Her initial relief when former president George W. Bush makes moves to bring the country together, including visiting a mosque within a week of the attack, soon turns to mortification when he states bluntly during a speech to Congress that “Either you are with us or you are with the terrorists.” “Bush’s message of with-us-or-against-us,” Lalami writes, “carried the implication that one could not be Arab and American, or Muslim and American, unless one was on the side of the United States in its military fights.”

Following that moment of alienation, Lalami sets off to investigate citizenship, race, ethnicity, gender, and identity in America. She finds that America’s legendary diversity and pluralism are riven and challenged each and every day by a barely concealed white supremacist agenda. In chapters titled by theme, such as “Allegiance,” “Faith,” “Borders,” “Assimilation,” and more, Lalami circles her topic. She explores the various tactics used to marginalize and maintain dominance over people of color, immigrants, and women throughout US history, including but not limited to bigoted attitudes and perceptions; dehumanizing and marginalizing language; physical barriers, checkpoints, surveillance, and profiling; police brutality; inhumane forms of detention and mass incarceration; racist and/or sexist employment, housing, welfare, immigration, and naturalization policies and practices; gender inequality and sexual harassment; gerrymandering, electoral disenfranchisement, and voter suppression; and a laundry list of racist and sexist regional, state, and federal laws.

What may be most eye-opening to many readers is her account of the sheer enormity and persistence of efforts to destroy, oppress, or exclude whole groups of people throughout the nation’s history. Targets include Native Americans, Black and Hispanic people, generations of East Asian and South Asian immigrants, Muslims, women, poor people, and others. Even Irish and Italian immigrants got their lumps, despite now being recognized as white. Each group gets scrutinized, judged, persecuted. “The question is,” Lalami asks, “who gets to do the judging?” That question of judgment and power is central to Lalami’s thesis, and its answer lies in the country’s origins. “The Founders,” she reminds us, “did not imagine the United States as a multicultural haven; rather, they envisioned a society in which the highest privileges of citizenship were reserved for propertied white men and where immigration served their political and economic interests.”

This has led to a destructive power dynamic and paradox wherein “‘White’ is seen as the default, the absence of race,” and where “Whiteness [itself] is shrouded in silence.” That silence serves a purpose: to avoid distressing white children “with the knowledge that their ancestors [ … ] participate[d] in the genocide, enslavement, and subjugation of tens of millions of people, a process that accrued social, political, and economic benefits for the white majority. This knowledge is considered too heavy a burden.” Meanwhile, obsessive observation and judgment by the white power structure of “other” groups remain critically important to maintaining power over them. Visible minorities are an especially convenient scapegoat, though women of all races also come in for a share of surveillance. Curiously, Lalami does not in any substantive way address the circumstances of LGBTQ+ people, whose rights have also been consistently challenged and denied.

Despite the long history of American injustice that she describes, Lalami refuses to end the book on a negative note. She asserts that empathy, discussion, debate, and compromise are the best way forward (with caveats, for example: “Separating asylum-seeking parents from their children [ … ] is not an issue on which I see a possible compromise.”) Ultimately, Lalami writes, it will be the moral courage and actions of individuals that will determine the nation’s fate: “If we want change, we must be agents of change.”